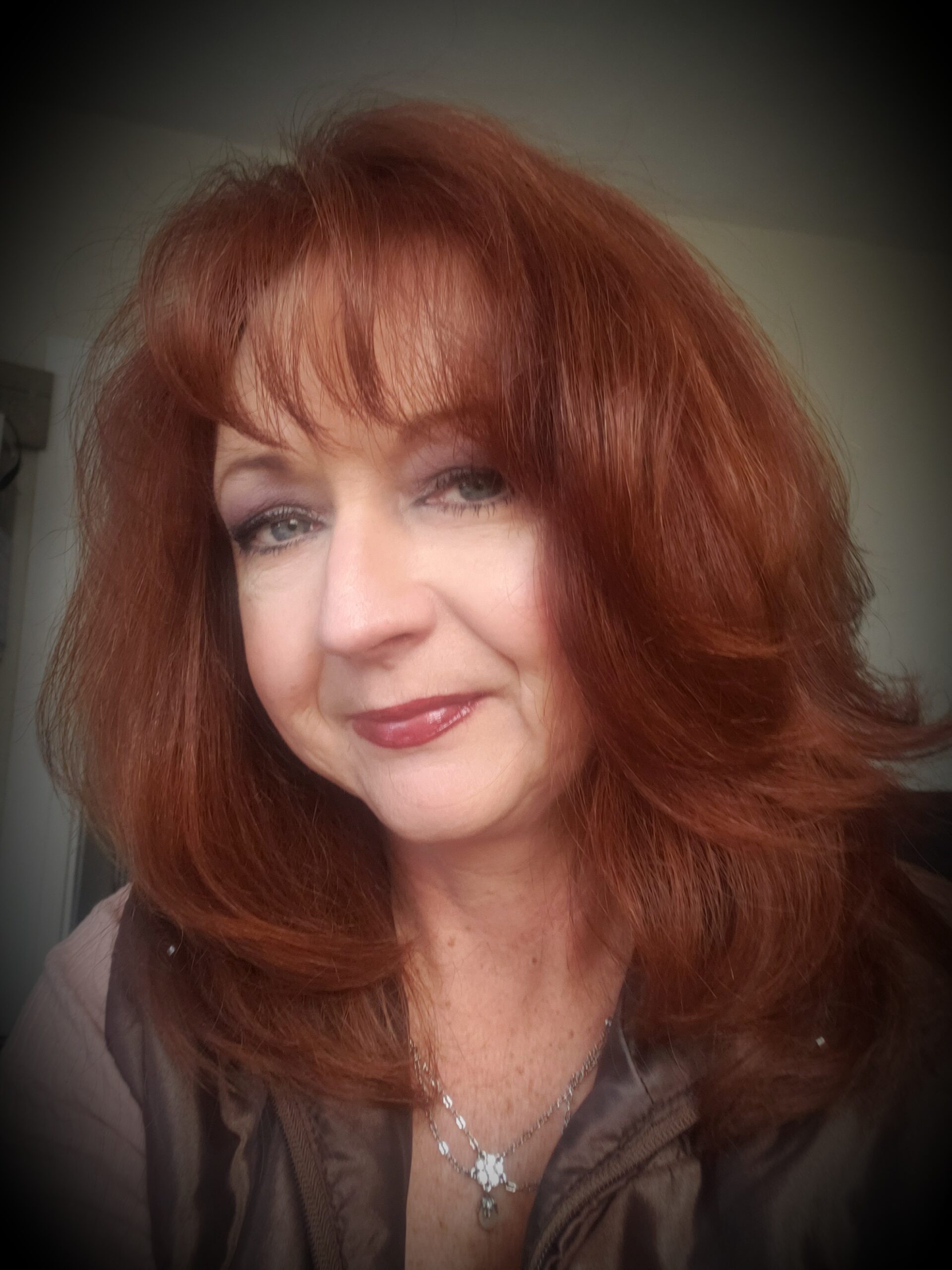 Karen Engel of Keymar was elected president of the Maryland Agriculture Council Board of Directors during its recent board meeting. Having served as vice president during the past year, she replaces outgoing leader, Michael Harrison Jr. of Woodbine.

Engel has been a member of the Council’s board since 2007, serving on numerous committees and playing an integral part in the group’s annual Taste of Maryland Agriculture. A graduate of the Institute for Applied Agriculture at the University of Maryland, she works with Triple Crown Nutrition.

“Agriculture is Maryland’s number one industry, but we have many challenges facing our farmers and the Maryland Agriculture Council is a crucial piece for a unified voice,” Engel said. “It is imperative that we share agriculture’s story with our elected officials as well as our citizens. I am excited to be a part of a great team working diligently to continue our mission.

“We are expecting many exciting opportunities this year,” she said. “The Taste of Maryland Agriculture 2023 is going to be grand, and I certainly hope many join us and help spread the great work of agriculture. We are ‘Expecting the Best!’”

Originally from Oakland, Engel was part of Hamilton Farms beef cattle operation with her dad and grandfather. She was active in both 4-H and FFA and served as a State FFA Officer. She worked with Southern States Cooperative in many capacities for 25 years, and then focused on soil health, biological soil inputs and consulting for 10 years. Engel has been with Triple Crown Nutrition for the past three years, working with dealers and horse owners in PA, NJ, DE and MD. She and her husband, Jeffrey, operate Wilview Farm in Keymar, first as his grandparent’s dairy for 25 years and now a successful beef operation.

Matt Teffeau of Annapolis was elected vice president of the organization and Kayla Griffith of Lothian will fill the role of secretary. Henry Brandt of Centreville was re-elected as treasurer.

Newly elected to the Board of Directors was Vanessa Finney of Brooklandville and Zach Evans of Salisbury. Re-elected board members, serving a two-year term, were, Doug Lechlider of Laytonsville, Colby Ferguson of Woodsboro, C. John Sullivan III of Fallston, Logan Yearsley of College Park, Crystal Pickett of Mount Airy, Kelli Wilson of Jefferson, George Grillon of Taneytown, Robert Black of Thurmont, Scott Youse of Ridgely, Jennifer Cross of Brandywine, Faith Elliott Rossing of Henderson and Engel.

The Council is best known for organizing the annual Taste of Maryland Agriculture. The premier gala brings together agricultural leaders with state and national legislators to promote agriculture and educate lawmakers about its importance to the state’s economy and its people. The 2023 event will be held on February 2, at the Live! Casino & Hotel Maryland.

For more information on the Maryland Agriculture Council, go to www.mdadcouncil.com or contact Executive Director Susan Summers at 240-446-3601.

For over 20 years, the Maryland Agriculture Council hosted its annual gathering of agricultural leaders and state and national legislators at Michael’s Eighth Avenue in Glen Burnie. In December 2020, the catering hall sadly became a casualty of the COVID-19 pandemic.

Council leaders began an extensive search for a venue, and after much research and on-site visits, they selected Live! Casino & Hotel Maryland at Arundel Mills in Hanover.

The 52nd Taste of Maryland Agriculture will be held on Thursday, March 3, 2022, at the centrally located site off of MD Route 100. The Council’s event mission is to promote Maryland agriculture and educate lawmakers about its importance to the state’s economy and its people.

“We are very excited to host our growing event at THE HALL at Live! It’s an impressive setting – and perfect to celebrate the state’s number one industry, Agriculture.”
Mike Harrison Jr.

The long-standing tradition of serving primarily donated Maryland agricultural products will continue, thanks to the Live! executives, and tastings from the state’s wineries, breweries and distilleries will still be highlighted.

“We’re thrilled to welcome the Maryland Agriculture Council to our property in early 2022,” said Anthony Faranca, EVP & General Manager of Live! Casino & Hotel Maryland. “We’re ready to safely welcome back groups with our enhanced Play it Safe! plan and look forward to a great Taste of Maryland Agriculture event.”

Scroll through photos of the Hall at LIVE!. Learn more about the venue at maryland.livecasinohotel.com 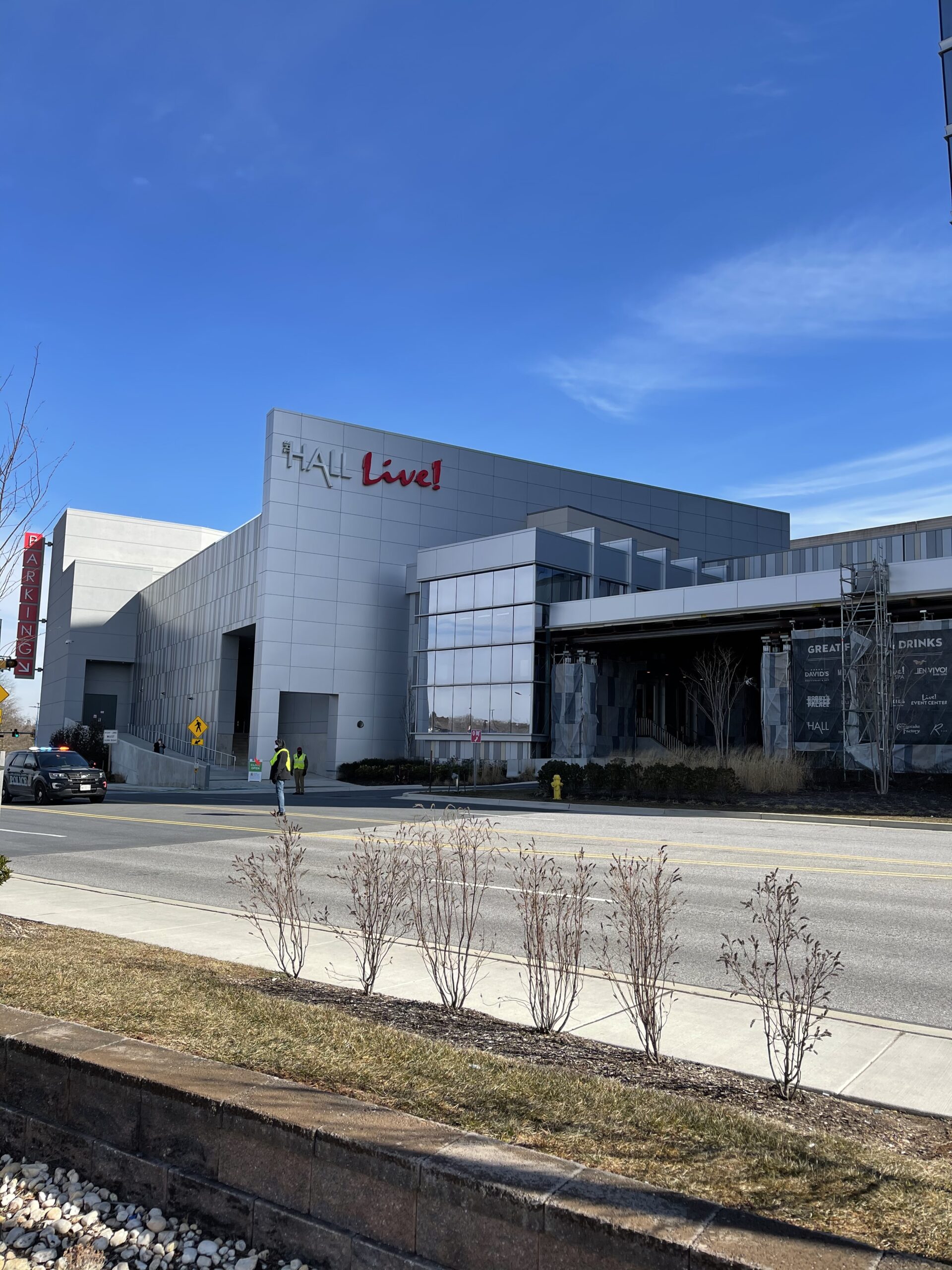 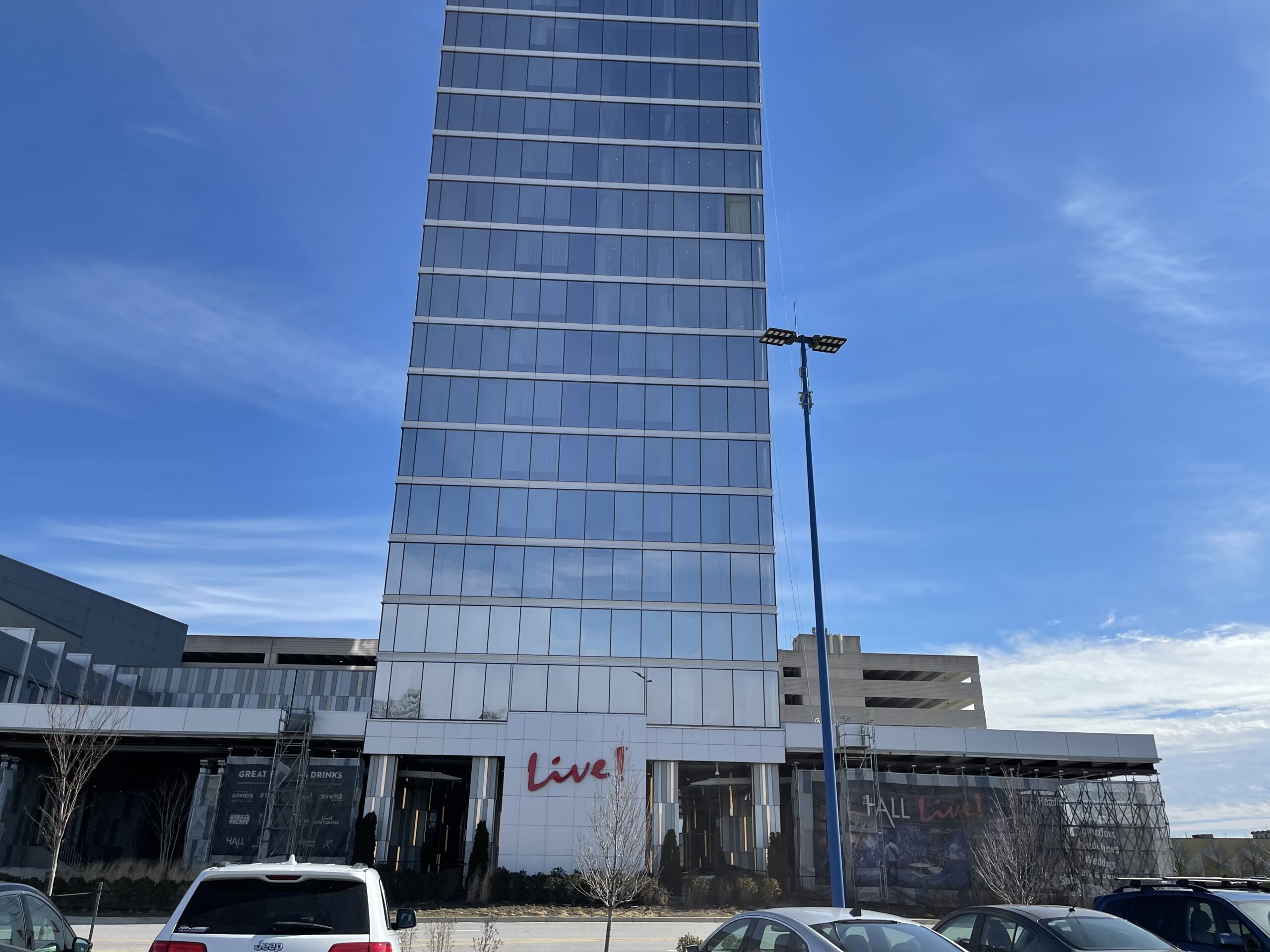 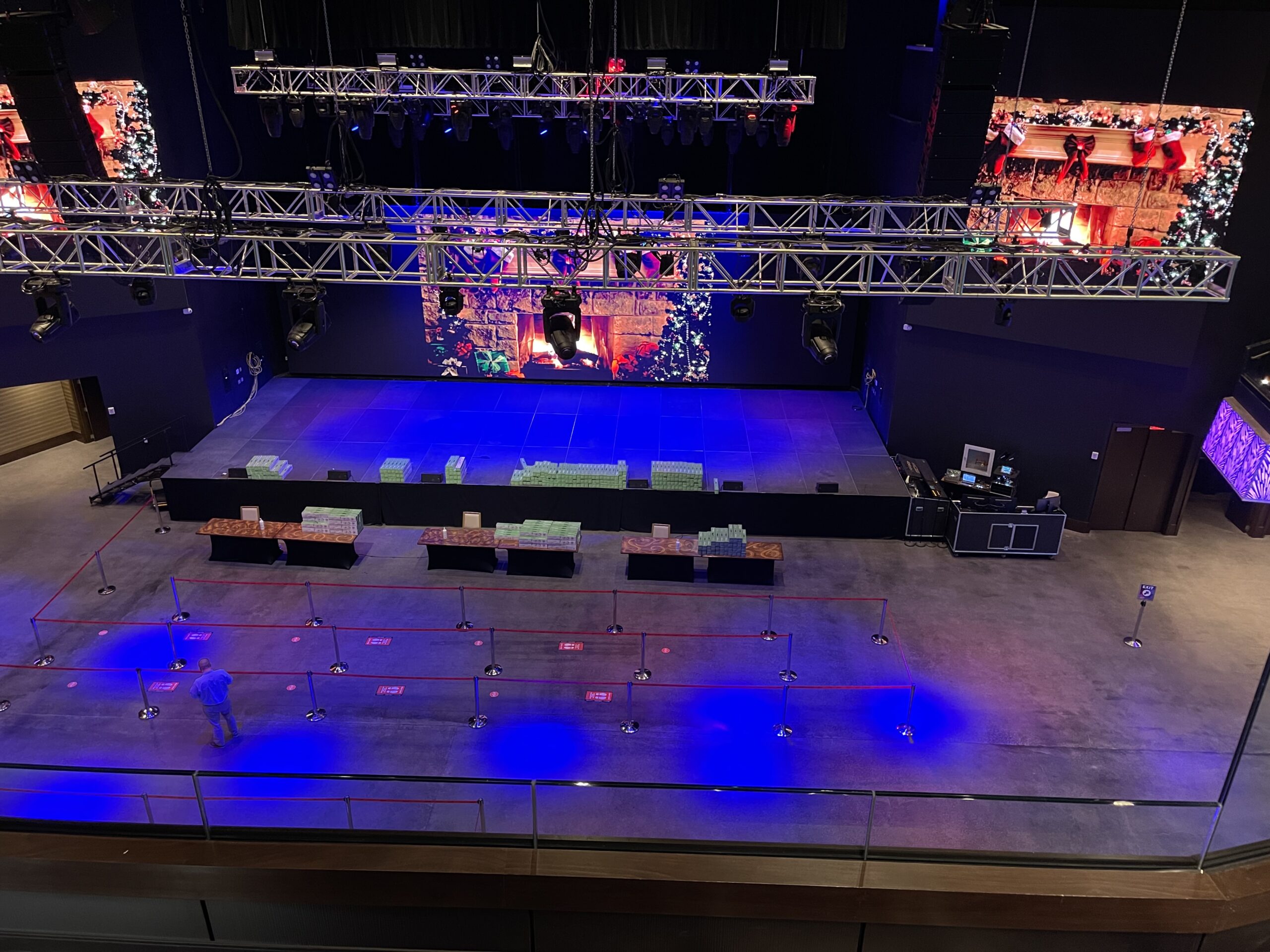 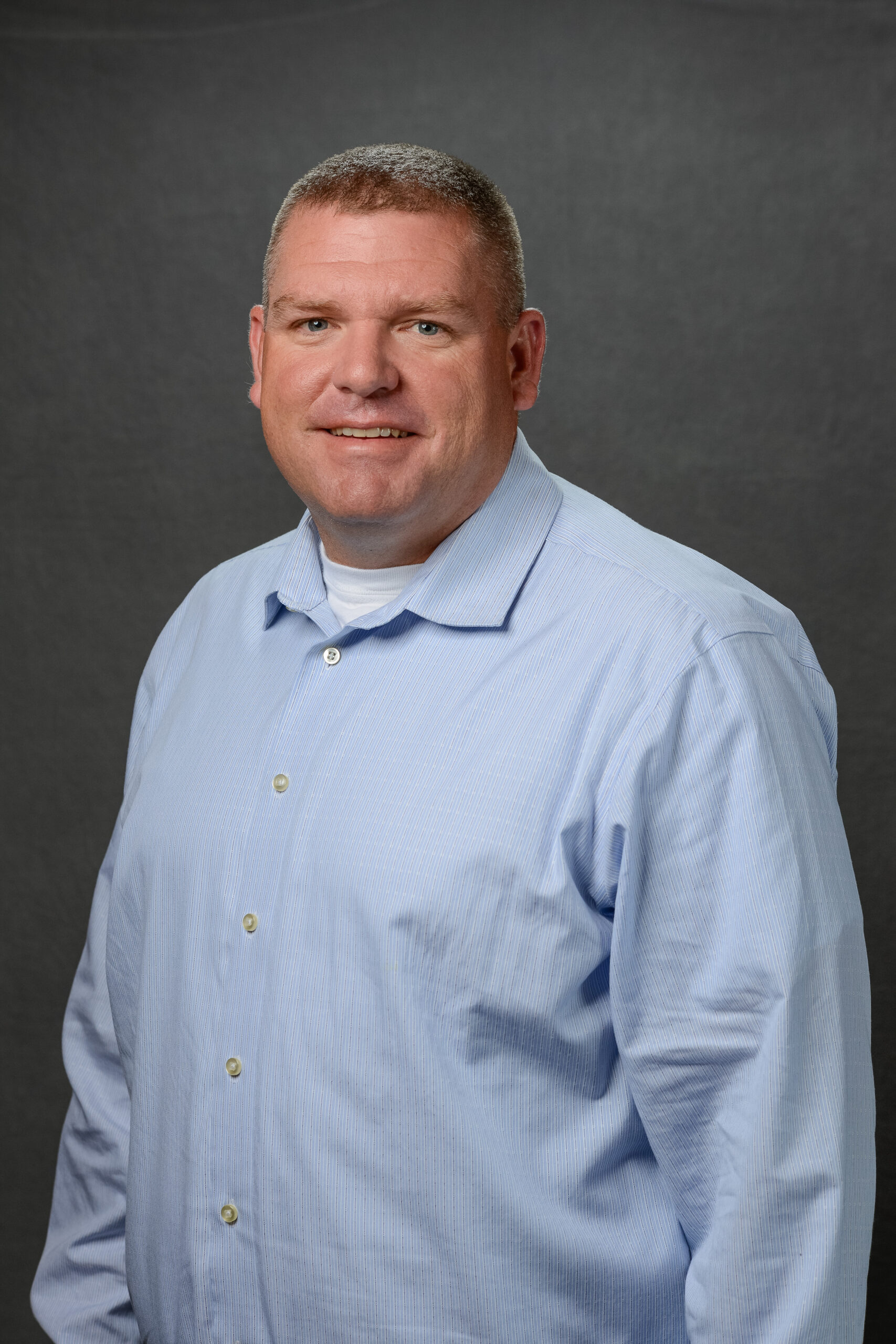 Michael Harrison Jr. of Woodbine was elected president of the Maryland Agriculture Council Board of Directors during its April 20th board meeting. Having served as vice president during the past year, he replaces outgoing leader, Nancy Nunn of Queenstown.

Harrison has been a member of the Council’s board since 2017, serving on numerous committees and playing an integral part in the group’s annual Taste of Maryland Agriculture. The University of Maryland graduate works as a customer business adviser for Bayer Crop Science.

“I’m really looking forward to the exciting year ahead,” he said. “Promoting Maryland agriculture and sharing its importance with every elected official and citizen in the state is a challenge, but it is imperative that we continue that mission.”

Karen Engel of Keymar was elected vice president of the organization and Kayla Griffith of Lothian will fill the role of secretary. Henry Brandt of Centreville was re-elected as treasurer.